Modular Jewelry Box
This medium sized jewelry box is made of maple and walnut, and features two continuous grain patterns. The first spans nine pieces(!) of walnut that make up the front of the three modular compartments and wraps all the way around box, while the second floods across the two pieces of maple that make up the box lids.
Why Modular?
I wanted to practice my woodworking skills on a small scale, and these is no better way to do this than to make small boxes. (Plus, tiny boxes.. amirite?) After my first jewelry box became an exercise in frustration with tiny drawers, I decided I would challenge myself to try and design a box that didn't require a drawer.
My solution was a two tiered design that would provide access to the larger lower compartment by simply popping off one or both of the top modules. The compartmentalizing would help with organization and allow for a wider variety of ways to use the box (as a stand alone tray, as two smaller jewelry boxes, etc.)
Getting Stuck
I ran into a problem when I realized that in most use cases, when the box was fully assembled, someone would open the lid and want access to the whole box, not just half of it. The lids needed to open individually in cases when the pieces were being used alone, and together when the box was fully assembled.
To solve this, I embedded tiny magnets into the facing sides of the each lid-half (circled in red in the image to the right). The result was that both lids would open as one when the boxes were side by side. 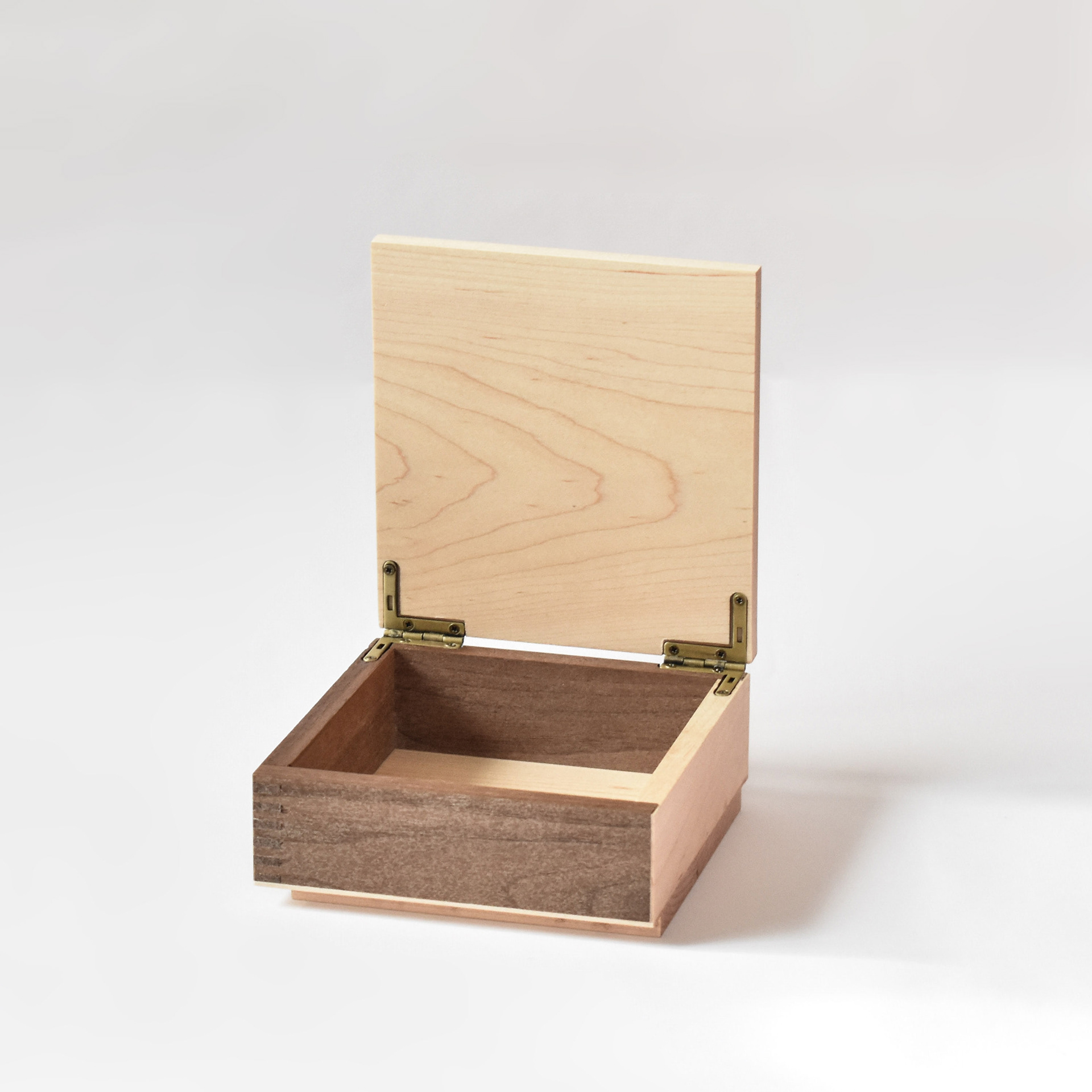 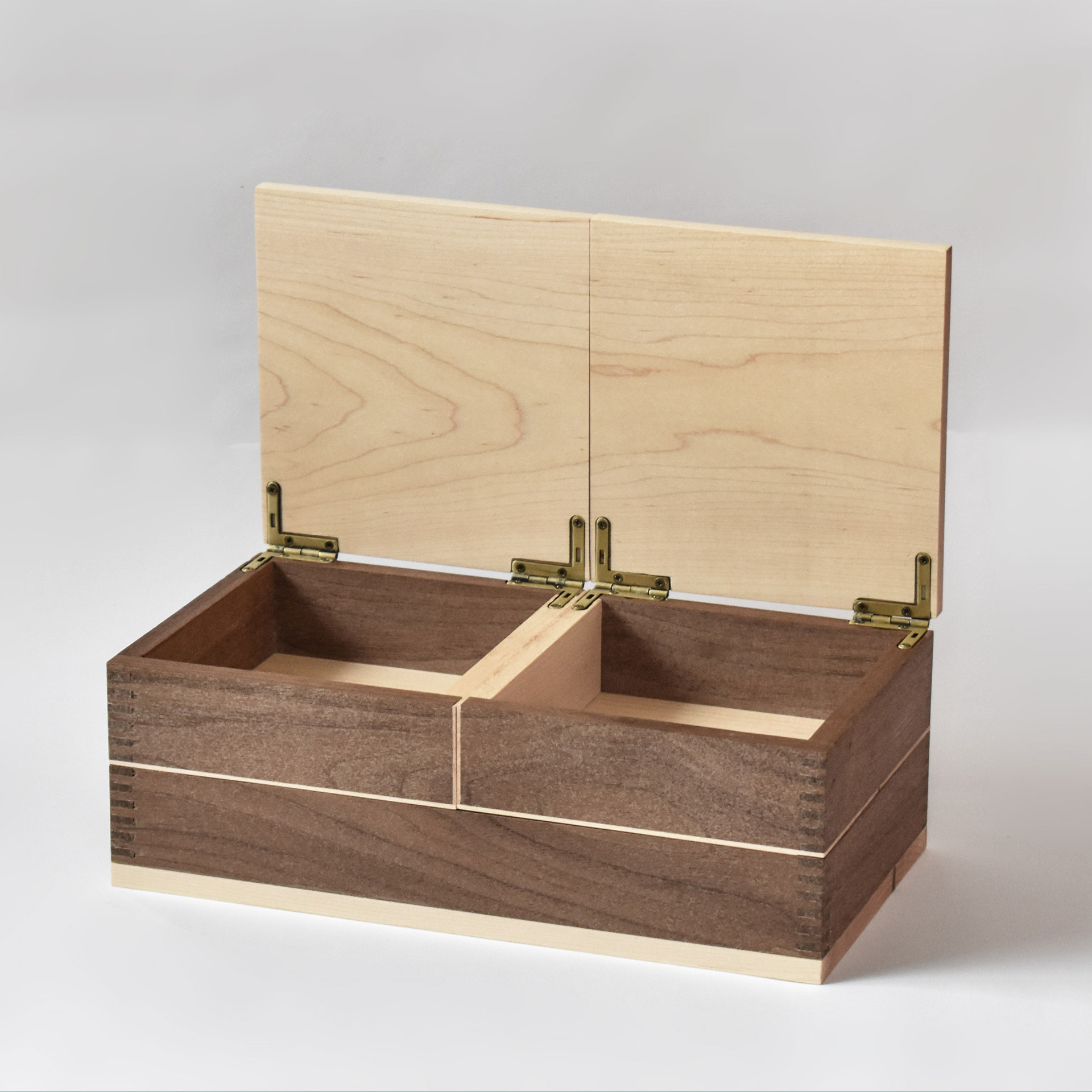 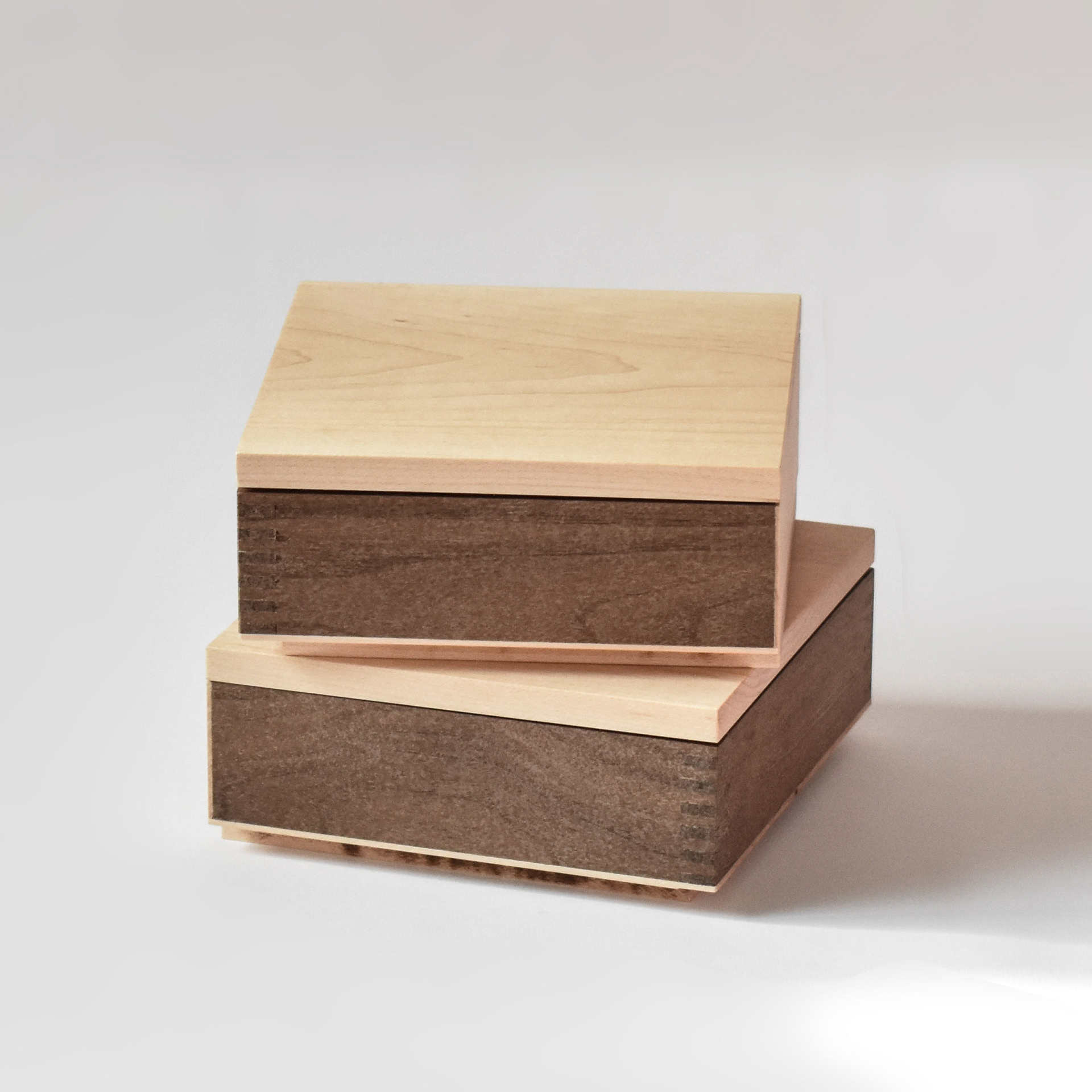 Process
Before building this box I struggled mightily through a first iteration (with a drawer!). Making 1/8 inch finger joints was extremely frustrating, as was the amount of space inside the box that was taken up by the walls of the drawer. In the final version I kept the tiny finger joints and ditched the drawer. Below are process pictures and final pictures of the first box, which was better documented. 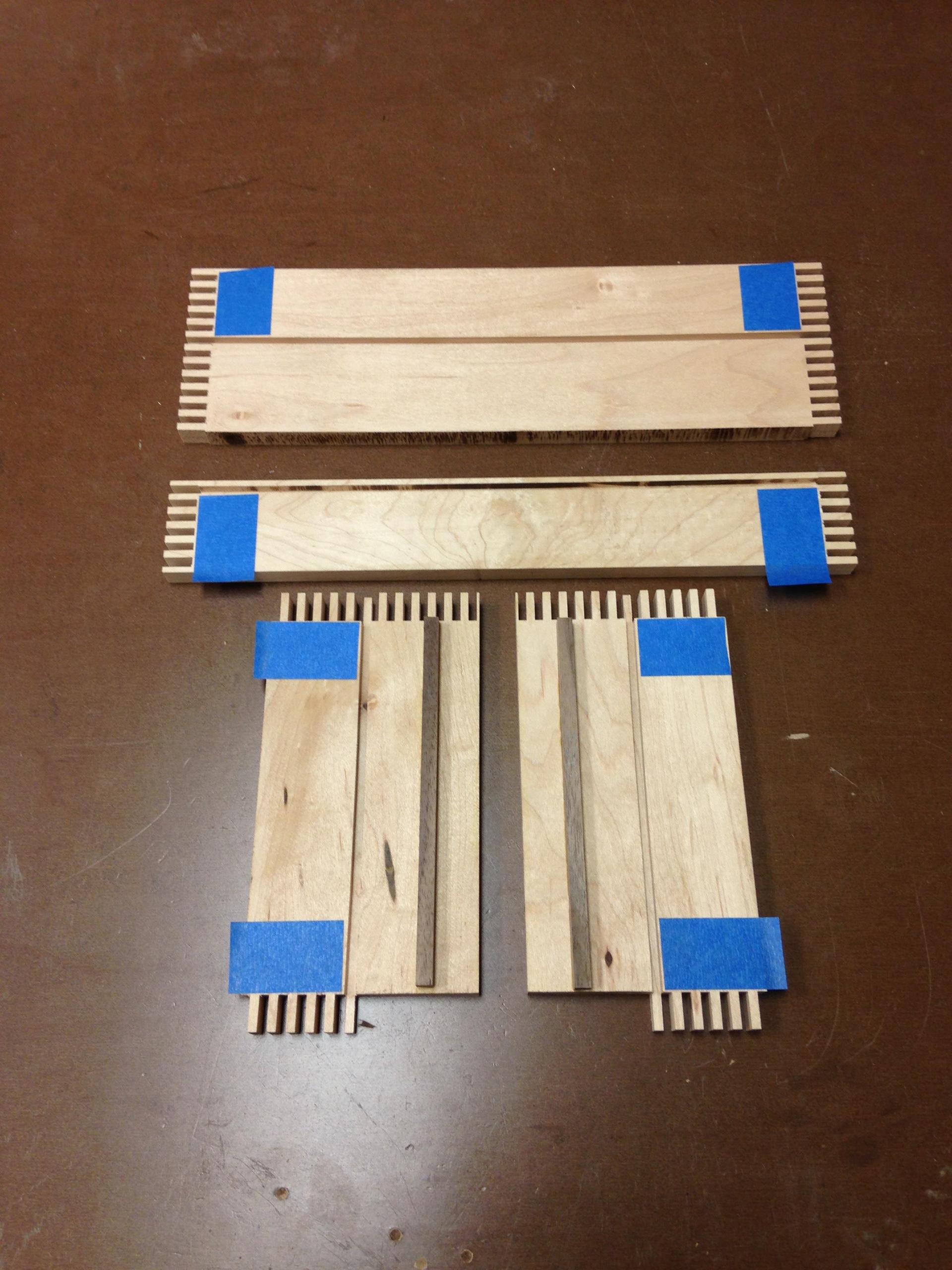 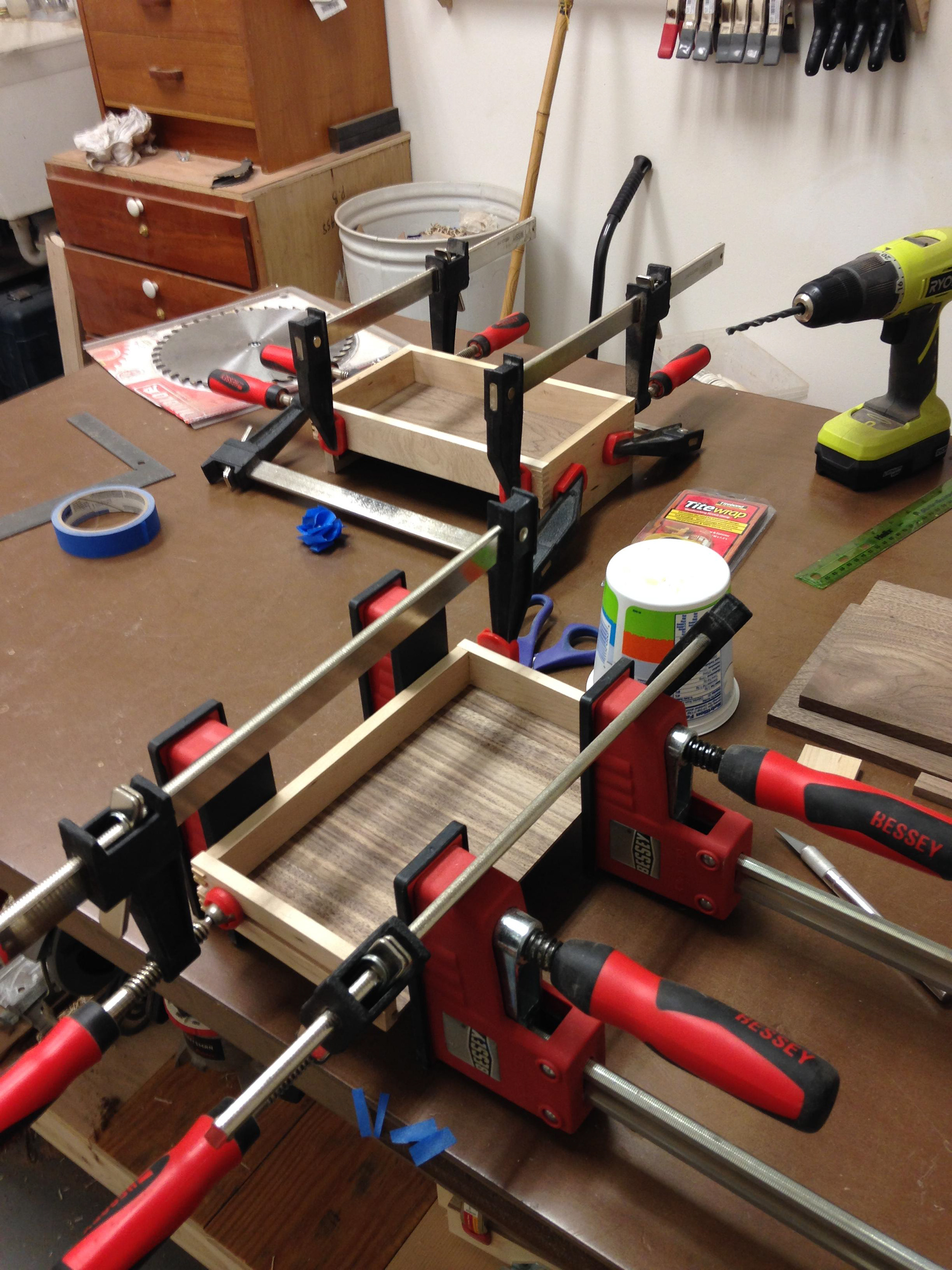 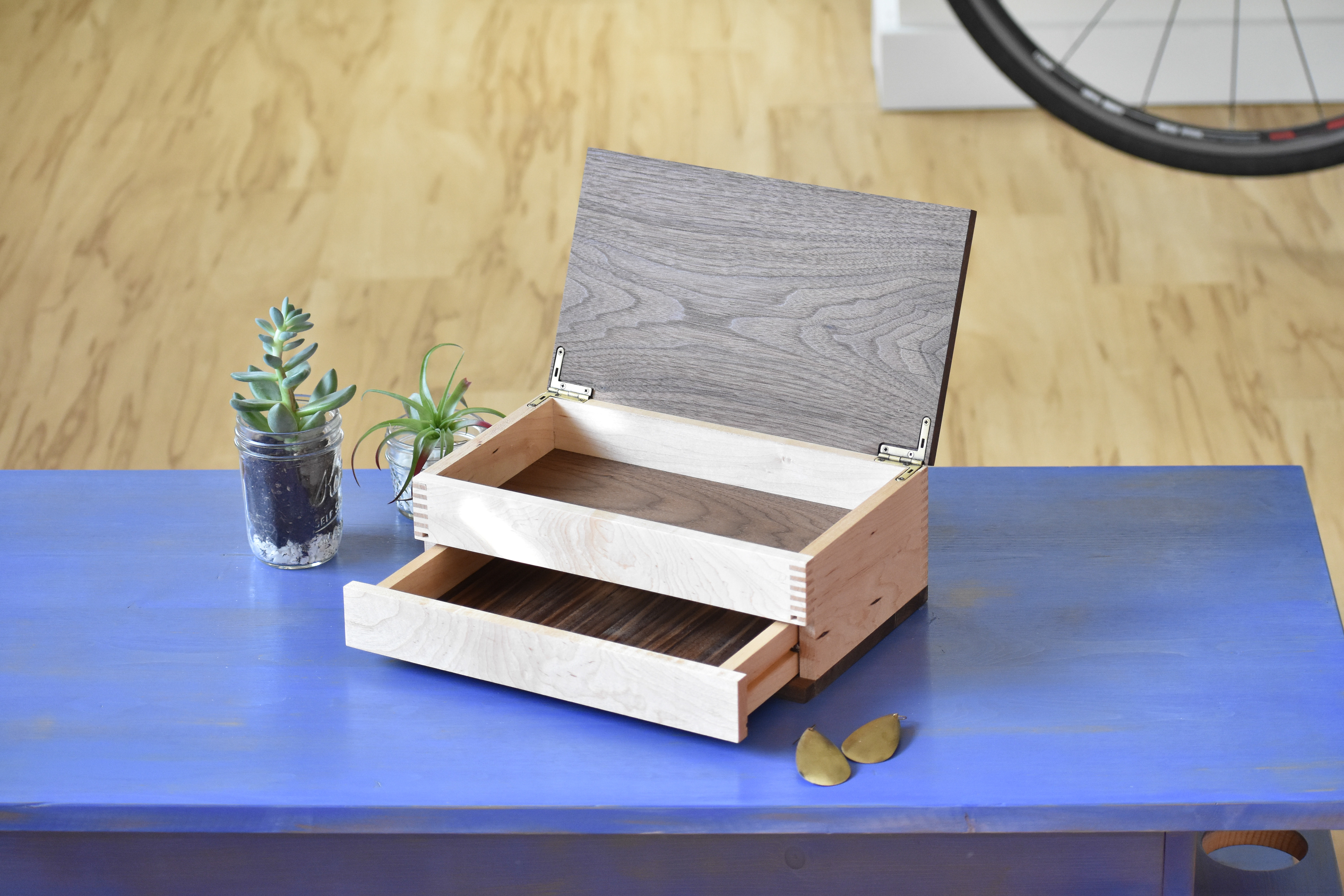 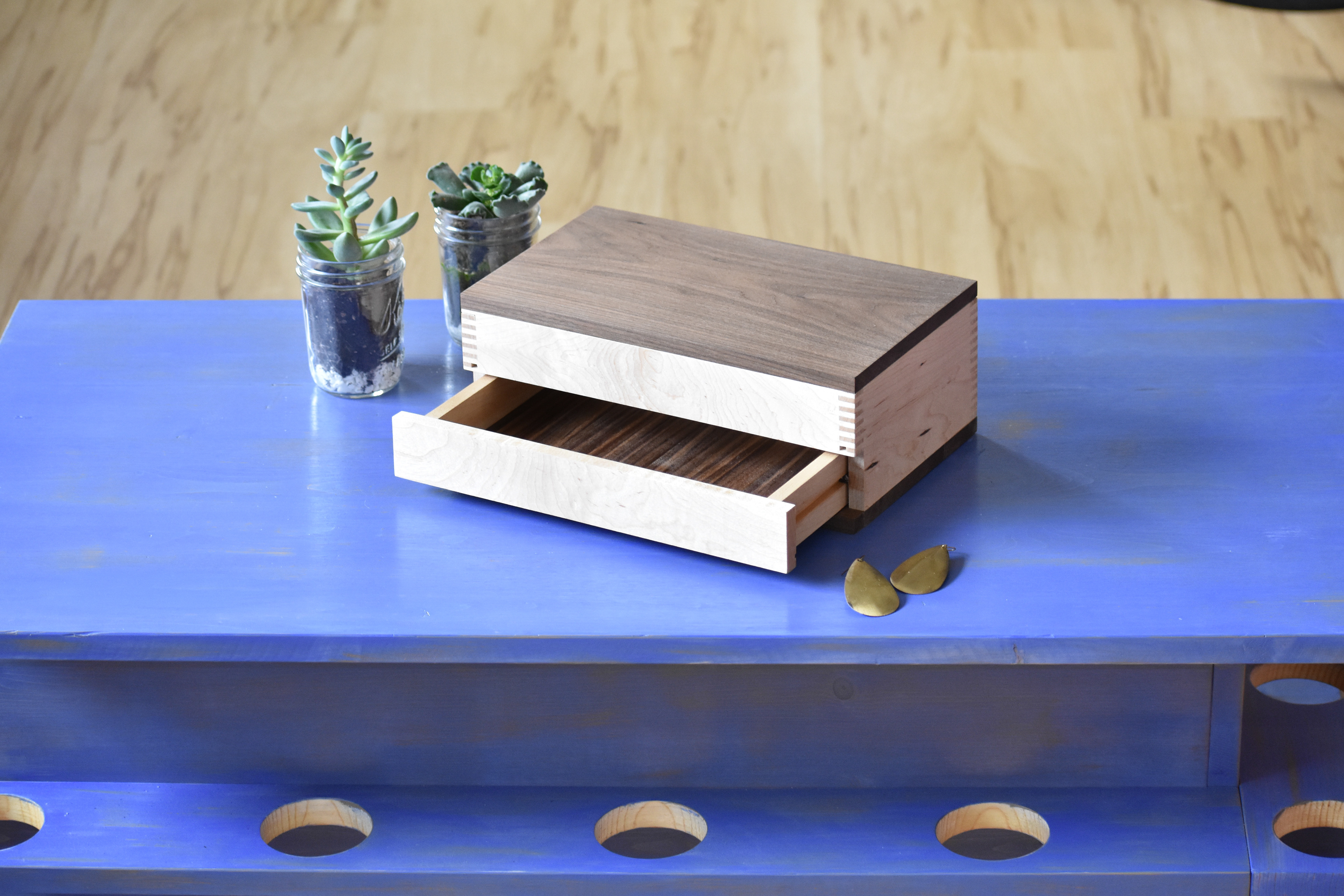 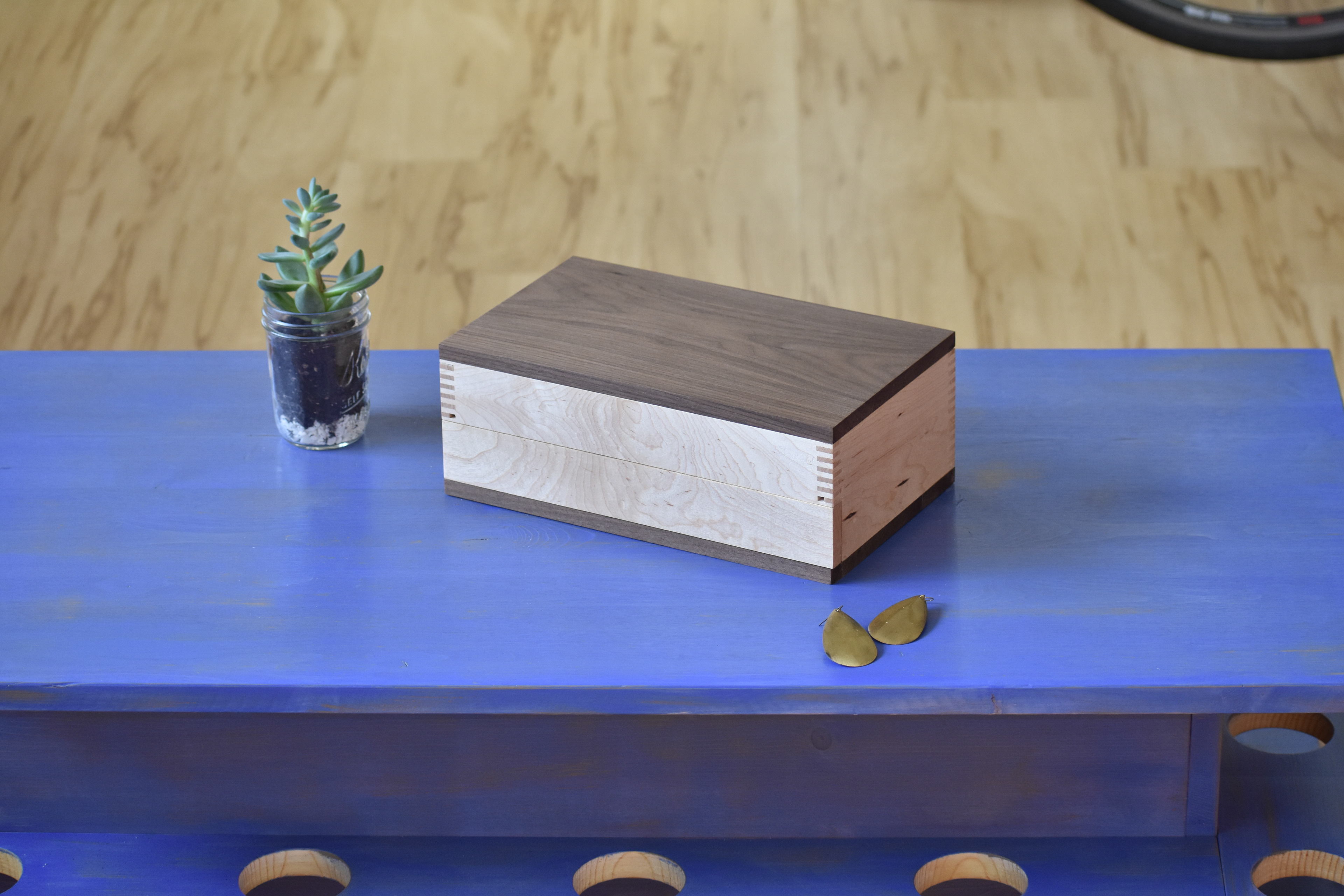 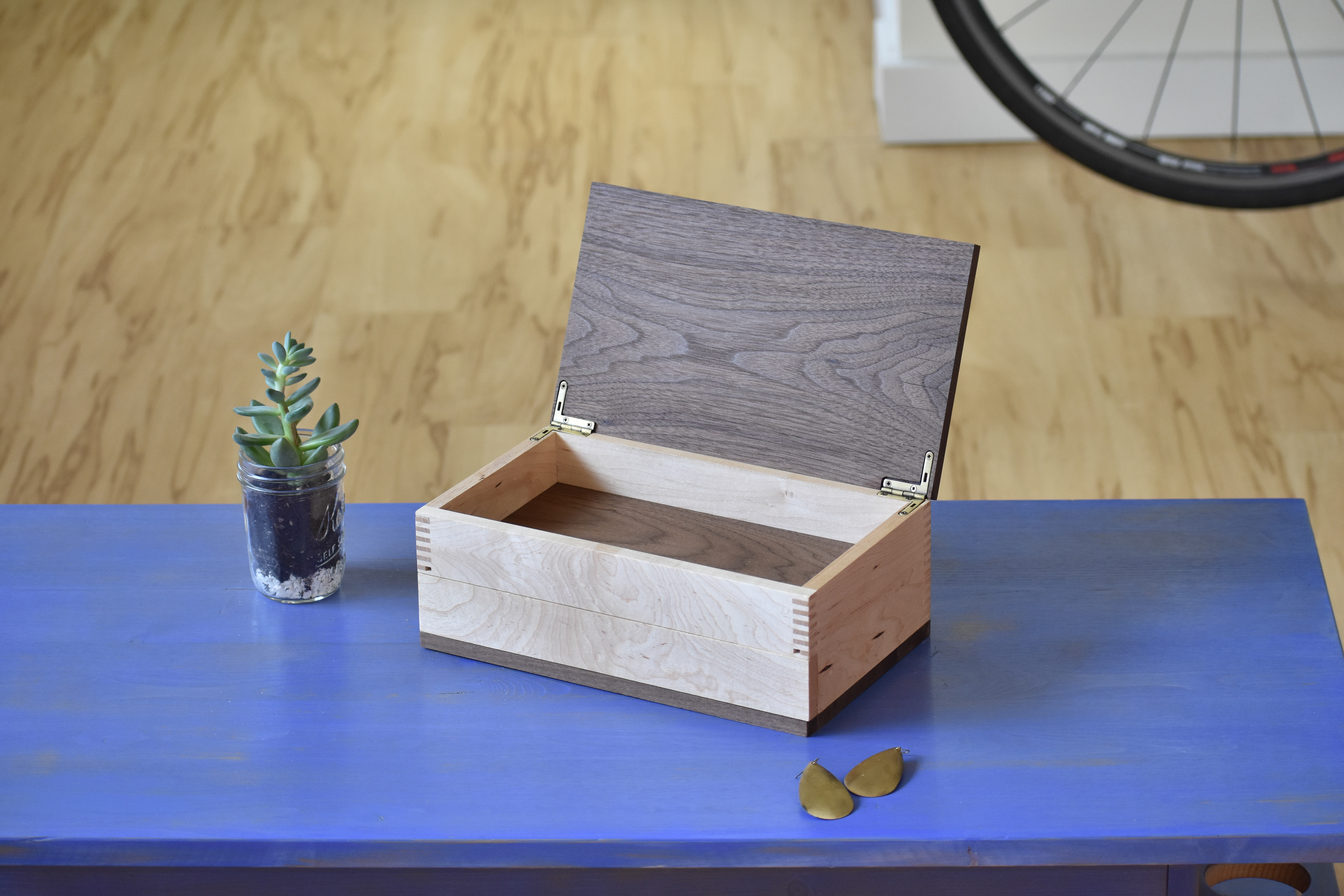 Nightstand Set
↑Back to Top

Insert copy here, which should vary depending on your region. Accept